TL GROUP - THE OFFICIAL PARTNER OF THE NORTH-WEST CUSTOMS FORUM

An extended meeting of the Customs Policy Advisory Council at the North Western Customs Directorate was held on the territory of the First Container Terminal JSC on June 8.

The meeting was devoted to improving the position of Russia in the doing business ranking on the example of the Big Port of St. Petersburg. The meeting was attended by the first deputy head of the Federal Customs Service of Russia Ruslan Davydov, the head of the North-West Customs Directorate Alexander Getman, the customs heads of North Western Customs Directorate, business representatives, members of the Advisory Council, members of the HERMES Guild and the Association of SRO “NACR”.  Issues such as

– activities carried out by the Federal Customs Service in order to reduce both the time and costs in the implementation of customs control in the seaport;

– Russia’s upgrading in the World Bank rating; – increasing the efficiency of interaction between business and government at the sea checkpoints, were discussed at the extended meeting.

Yamalov Artur Vilyevich, General Director of TL GROUP, representing the St. Petersburg Regional Branch of Business Russia came up with the idea of creating a community (voluntary association) of the Big Port of St. Petersburg in the course of the Forum. The decision to create the community was taken.  Also a solemn ceremony of awarding the winners of the competition of leaders of foreign economic activity of the North-West Federal District “Customs Olympus – North-West – 2018” took place on the sidelines of the event. 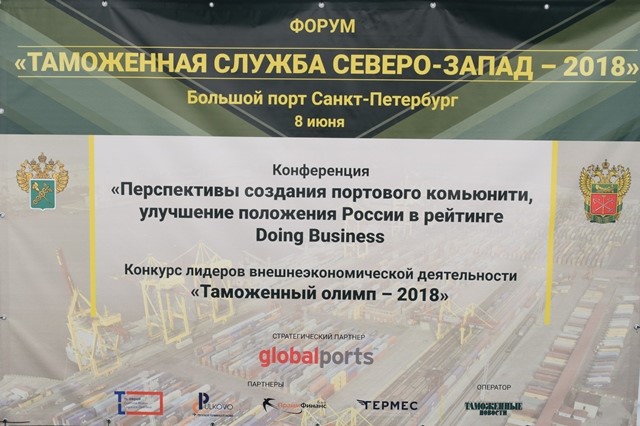