On 13th October 2015 within the framework of the project “VISITING AMBASSADOR”, a music night named “Two Tangos, One Culture” took place. The event was supported by the Embassy of Argentina in the Russian Federation.

The night program included the performance of the couple of Dmitriy Kuznetsov and Olga Nikolaeva, the finalists of the Argentinian Tango World Championship in Buenos Aires, and Argentinian tenor and guitar player Martin Alvorado. A fragment of a documentary film named “The Argentinian Tango” was shown to the audience. 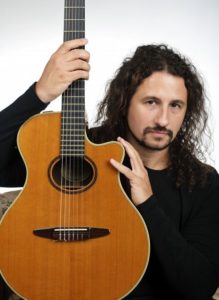